Good times, upgrade completed successfully at the end of last week! We were planning to go to 3.1.2 MU3 but when HP got in touch with me on the day of the upgrade they advised 3.1.2 MU5 was available for our system, the requirements and pre-upgrade checks would be identical. MU5 also contains all previous patches and so there would be no need to run the individual patches we were planning. I asked what happened to MU4 as a number seemed to have been skipped in the sequence and found out that this version had been released specifically for an individual customer.

HP were due to perform the actual upgrade. About an hour before the upgrade was due to begin I completed the following pre-upgrade steps and checks.

Updating New codes on the service Processor – 60 Minutes (non-intrusive, can be performed in advance, VIRTUAL ROOM) 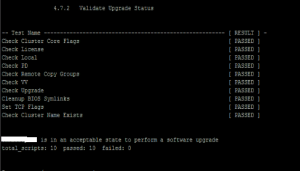 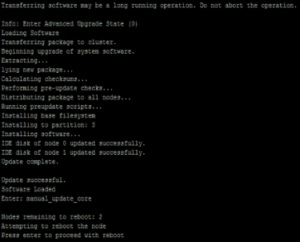 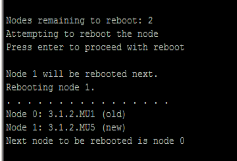 Once both nodes were upgraded the HP engineer then ran the following checks Shownode, Showversion a – b, and then re-enabled scheduled tasks with Setsched_resume_all

That was it all done with zero down time or issues. For my first 3Par upgrade I was very pleased with how it had all run.