It is now just a week until HPE Discover comes to the best city in the world, London! I’m super excited not only to have again been lucky enough to be invited as a guest blogger, but also to have the event on my door step. For those that aren’t familiar HPE Discover is HPE’s flagship conference held bi-annually in America and then Europe.

This will be the first HPE Discover to be hosted by HP Enterprise since the company was split earlier in the year.  It will be interesting to see what impact this has on the show and if it has a different feel.  Looking at the official website it shows 10,000 delegates will be attending so it certainly doesn’t look like it will be half the event it used to be. What we do know from the HPE Storage blog is that the show floor will be organised to reflect the 4 arears of focus for the newly formed company Transform to Hybrid Infrastructure, Protect your Digital Enterprise, Empower the Data Driven Enterprise, Enable Workplace Productivity.  Also check out the HPE Storage Blog for recommendations on the key storage sessions.

Normally around this time I look into my crystal ball and make some predictions about what is going to be announced at the show.  So far I have a 100% record of success in predicting the wrong stuff.  This year I have been spared the embarrassment of making ill-judged predictions by the major storage announcements being made before the show.  Still never fear storage fans I am sure there will still be plenty of cool stuff I can find out whilst I am there.

For those coming to London for the first time throw away your Lonely Planet and Rough Guides and be guided by the Dude:

Top 5 things to do in London

1 Try the local food – London isn’t right on the coast but if this is your first trip to England you must try the fish and chips, don’t forget to order your side of curry sauce and mushy peas. If your feeling brave you can try the old cockney delicacy of jellied eels which is boiled eel cooked in stock that cools and forms a jelly.  If any one does try jellied eels tweet me the picture 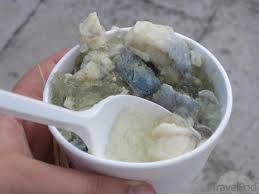 2 South bank – I love South Bank there is so much to see and do in a small area. Jump off at London Bridge tube stop and check out Borough Market where you will find food from every corner of the world.  After a short walk you will see Shakespeares Globe Theatre , next you will pass Millennium Bridge. A little further down you will get to Tate Modern, a former power station converted into a modern art gallery.  Past exhibits have included a pile of bricks and other strange items but a great building to explore with lots of interesting exhibits in it 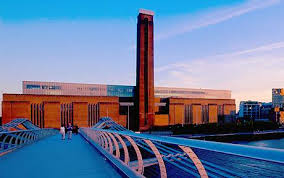 3 Greenwich – A short hop over the river from Docklands where the main HPE Discover event will be hosted.  Greenwich considering it is right in the middle of the capital has a village feel to it. Check out the park to see if you can spot the deer, have a look at the Cutty Sark historic ship and visit the Royal Observatory  the home of Greenwich Mean Time (GMT) 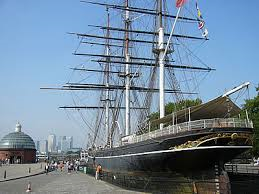 4 Visit the Queen – No trip to London would be complete without taking in a visit to Buckingham Palace, don’t forget to practice your bow / courtesy beforehand 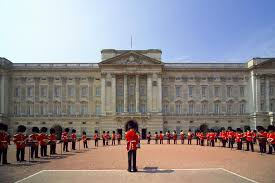 5 Ride the duck bus – Indulge your inner child and ride a  bus shaped like a duck that drives into the Thames and becomes a boat, enough said. 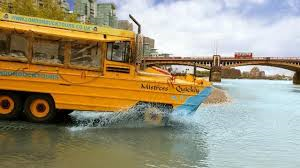 Follow all the news from Discover on LinkedIn and Twitter and don’t forget to ping me to say hello if you are there.