When UFC started, it was bloody brilliant. You took the best fighter from each discipline and paired them up against each other. This meant you could get a Kung-Fu expert fighting a wrestler or a Sumo wrestler taking on a boxer. The results were unpredictable, no one knew what to expect but all in it was epic. What was great about it was bringing together so many disciplines on a neutral ground and finding out who’s method really was best. 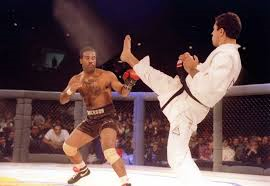 Stephen Foskett pulls together an equally diverse range of IT Vendors in his Tech Field Day events, who come to prove that their way is best and they have the champion technology. The format is simple a single ring of death, bloggers baying for blood and a group of vendors who are only armed only with their FUD and mighty PowerPoint slides. The single surviving vendor at the end of the week is declared the winner. Maybe not quite, but hey Stephen if you do down this route you owe me. 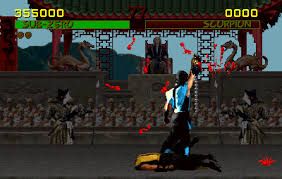 The actual format is as follows; to each Tech Field Day a number of Vendors are invited and get approximately a 3 hour slot, to explain the tech behind and the USP’s of their product to a panel of bloggers. The presentations often turn into a lively debate as the bloggers push deeper on areas of interest and challenge vendors on architectural and other product decisions. Tech Field Day comes in various flavours including Network, Virtulisation and best of all Storage Field day.

The panel generally consist of 12 industry guru’s. For Storage Field Day 9 taking place in Silicon Valley March 16–18, there will be 11 industry gurus and me. I can only assume I have been chosen for my Hollywood good looks, which is lucky since the whole event will be streamed live on the internet. You will be able to see which vendor is presenting when and be able to watch the live stream on the Tech Field Day website. If you miss a vendor you are particularly interested in fear not since it will all be uploaded to YouTube afterwards.

Vendors confirmed so far include Intel Storage, Plexistor, VMware Storage, Violin Memory and Cohesity . As everyone know the storage industry has just been crazy over the past few years with so many different driving forces like flash, software defined and hyper-converged changing the landscape. Recently however there has been an unfortunate trend for cuts in several storage companies, it will be interesting to hear how the Vendors plan to stay relevant and stand out from the rest in these more challenging times.

You can join in the fun by using #SFD9 on Twitter and adding your comments.  You can follow me on Twitter and the rest of the blogging panel as well: