Vendors are always looking for the next technology or innovation that is going to allow them to remain competitive. Intel XPoint announced in July last year could be that next treasure that all storage vendors are searching for. 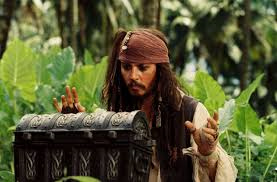 Flash has been a major breakthrough in storage, the debate on all flash data centres is all but done, it’s happening right now. Flash has brought a significant amount of innovation and additional competition to the storage market. Today’s flash systems tend to use nand SSD’s, according to Intel these are up to 1300 times faster than traditional hard drives but are 1500 times slower than DRAM. Intel want to fill this gap in the memory market with a fast, dense medium that is also non-volatile. The solution they have come up with is 3D XPoint.

3D XPoint is so named due to its cross like structure which can be stacked in 3 dimensions. Any cell can be uniquely addressed by selecting one wire at the top and one at the bottom. 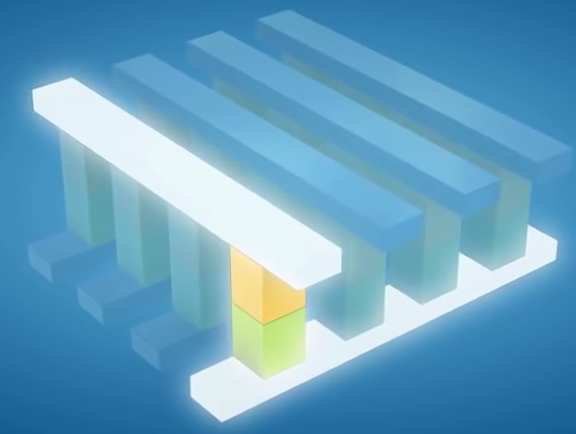 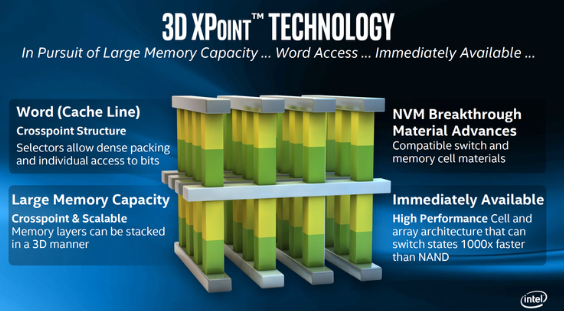 It seems likely storage vendors will be queuing up at Intel’s door to get hold of this technology. Like the introduction of flash there will be winners and losers: Who will be the first to ship with the technology? Will this fit in with Vendors existing model, or prompt a re-design like the first wave of flash. Perhaps most interestingly will hybrid players have the upper hand and be able to use XPoint as a high performance tier and SSD’s for capacity. It really does appear to be game changing technology and it will be interesting to see if the other storage vendors presenting during SFD9 will start to talk about it.

There is no official release date yet for XPoint, Intel’s website displays a teaser stating that it will be coming soon. You can read more about XPoint on Intel’s website. Intel will be presenting at Storage Field Day 9 next week, remember you can follow along by watching the live stream and have your say by using #SFD9 on Twittter.