Rubrik have today announced the 4.0 release of their Cloud Data Management platform. Before we go through what’s new let’s have a quick chat about what Rubrik is. The product is essentially a next gen data protection system, someone from their marketing department will probably want to punch me on the nose when they read that, and say but it does so much more! And indeed it does, the system aims to fulfil the functions shown in the following graphic:

I am going to start with the new feature that excites me the most as a storage admin, because it will help us to control our mortal enemy, the SQL DBA. All storage admins know that SQL DBA’s always want stuff yesterday. 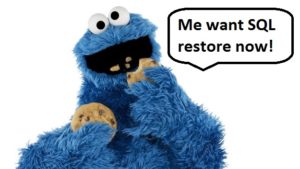 Oh and they love RAID 10 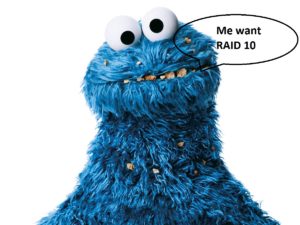 Well Rubrik have introduced a feature called live SQL mount which does what it says on the tin. To be clear this is not the live mount of a VM containing a SQL DB but the live mount of an actual SQL DB to a VM. So long as the database has been backed up with Rubrik it can be easily mounted by clicking live mount within the Rubrik interface. Use cases would include testing of backups, test and dev or quick roll back to a production DB since the DB can be queried as normal

Another one for the DBA’s, Oracle backup support has been added. This is enabled via Rubrik calling the native Oracle backup tool RMAN. This approach means that ASM and all topologies including RAC etc are supported.

The RMAN backups will use Rubrik as a target via an NFS mount point. One of Rubrik’s core design principles is that it is immutable, this essentially means that the backed up data cannot be changed or tampered with. Rubrik have remained consistent in this approach by the NFS target not being continually exposed but only available after being called and made read/write as part of the backup process. This is reassuring that the backup files you may need to rely on in a ransomeware attack would themselves be safe.

I love this story. People have been trying to write off tape for years and yet another start up is adding support for it, and why not tape remains hard to beat for the economics of long term archival. This functionality is enabled utilising Q-Star which allows tape libraries to appear as NFS or SMB targets via a gateway server. The gateway server must to be physical.

Take me to the cloud

Backups of VMware VM’s can now not only be stored in S3 but also started up and ran in AWS. This functionality will be useful to quickly access data on archived VM’s, test and dev, DR etc.

Hyper-V is added as a supported hypervisor . Rubrik is able to support any version of Hyper-V via the connector service but is able to offer the full feature rich backup service to customers running Hyper-V 2016.

Support is also extended for another hypervisor Nutanix Acropolis, this is Nutanix’s own home baked implementation of KVM. The process of the backup is a snapshot is created which is compared to the base, any differences between the two ingested and then the snap removed.