A few weeks ago I covered the news that HPE had announced their intention to acquire hyper-converged outfit SimpliVity. Well HPE have wasted no time completing the acquisition and rolling out the first opportunity to bundle SimpliVity with HPE products.

The initial offering announced recently combines the SimpliVity software with the world’s bestselling server a HPE DL 380. The product is being snappily called a HPE SimpliVity 380 with OmniStack, those geniuses in marketing have really out done themselves this time. At least it has escaped the fate of being called a Store something and hopefully Nimble can as well when they join the product line up.

The SimpliVity offering is slightly different from the StoreVirtual VSA in that its component parts are not only software but software and hardware in the form of the OmniStack Accelerator Card. This PCIe based device enables caching, dedupe and compression and form a key part of the SimpliVity solution. From HPE’s point of view this prevents them from bundling the SimpliVity option with all servers like was possible with the VSA. It will be interesting to see in the future if you can add SimpliVity functionality post purchase with a software upgrade and installation of OmniStack Accelerator Card. I am sure someone from SimpliVity/HPE will shout if there are technical barriers to this.

Back to the recent announcement 3 models will be available at launch all based on the DL 380 servers platform and so will take on a 2U form factor. The new models will be all flash only and come in a small, medium and large models. The variance between the models is storage space and additional memory in the larger models to drive the VM’s and throughput.

This is in line with the current OmniCube and 3rd party modelling offerings from SimpliVity. What is different is that they are only available in all flash in the HPE form. It will be interesting to see if this is a strategic decision to go all flash only. The only other difference I could spot with the previous version was that the medium and large models will both run RAID 6 whereas previously it was just the largest model. This seems likely linked to the larger HD size 1.9TB seen in the HPE model v 1.6TB seen in the previous model. 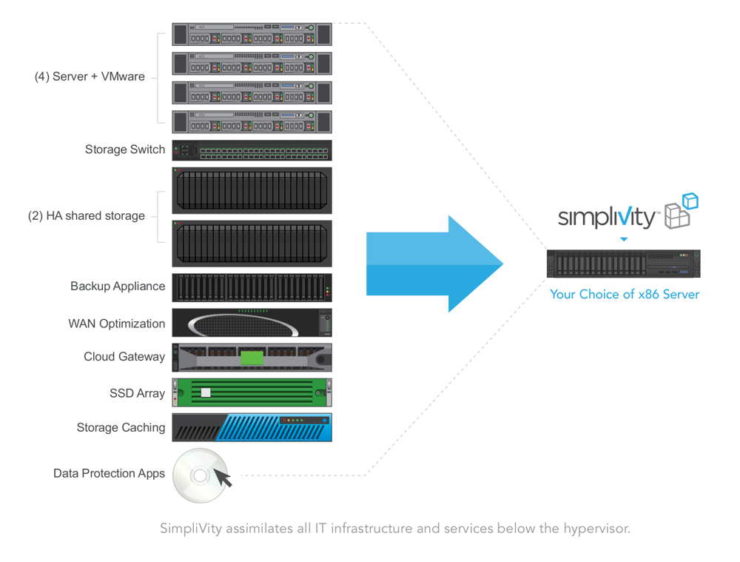 This will be the last post on 3ParDude.com all content and traffic will be moving across to d8taDude.com, so please update your favourites. D8taDude.com is not yet live, it will go live in the next few days when I do the switch over. If you follow via WordPress or e-mail no action is required I will move your subscription across. This is the new RSS feed and on Twitter I am now @d8taDude. The change is to give me more scope to cover a wider range of products, including of course Simplivity! This will not be at the cost of 3PAR coverage, which will continue as normal at the new address.

When I first heard the rumors about the HPE Simplivity take over at the end of last year, I must say I was really excited. 3PAR has long been the jewel in HPE’S storage crown, but at times it has seemed like it’s stood alone. The real strength of a large company like HPE comes when they have a broad portfolio of products, meeting a range of customer’s needs and offering interoperability between them.

The Simplivity deal was confirmed this week at a bargain basement price of $650 million. Given that 3PAR was acquired for $2.4 billion and SolidFire was purchased for $870 million this really does seem like a great price for one of the leading vendors in the hyper-converged space.

For those not familiar with Simplivity, they are the number two player in the hyper-converged market i.e. converged server and hypervisor in a single unit. The hyper-converged market has been growing very strongly, appealing to customers who have seen the simplicity and speed of deployment in the cloud and wish for a similar experience in their data centre. Hyper-converged appliances offer the rapid deployment and easy management customers are looking for. Since core components of the infrastructure are deployed /managed from a single interface and contained within the same piece of hardware.

Simplivity currently sell their offering in the form of what they call an OmniCube which is a 2U appliance bundling the compute, hypervisor and Simplivity software. Simplivity also currently offer solutions based on Cisco, Dell, Huawei and Lenovo hardware. Given that HPE is the world’s largest server manufacturer this is a great tie up. It seems unlikely the existing deals with other server manufacturers will continue beyond the day the deal goes live, and that future generations of Simplivity will be ProLiant based.

This must however be food for thought for the other hyper-converged players and the start-up storage market as a whole. Observers have been predicting the shake-up of the hyper converged market, which though growing strongly seemed to have a disproportionate number of companies competing. This along with several key players strengthening their position such as Nutanix managing to IPO, VMware’s VSAN product continuing to mature and now HPE’s deal must put even more pressure on the remaining vendors. Although it is worth noting that Nutanix stock finished the day after the announcement (18/1/16) down 6.26%.

HPE’s handling of previous takeovers has been mixed, of course 3PAR was a real success. I think the winning formula was to bring across as many key individuals as possible, don’t do anything drastic initially to let the product speak for its self before offering integration with other products and common management tools etc. NetApp appears to have followed this sort of approach with SolidFire, which again looks like a successful acquisition

Real points of interest will be firstly to see what they do with the existing hyper converged range.  The HC systems based on the grand daddy of all hyper converged software Lefthand,  now looks in a perfect precarious position.  I don’t see them supporting and investing into separate product lines in the long term.

Thanks for reading and remember future posts will be coming from d8taDude.com, the site will become accessible on switch over in the next few days. My new Twitter handle is @d8taDude