Dell EMC’s VxRail is selling like hotcakes,  I was lucky enough recently to attend a one day overview session on the product.  The training was really good and I wanted to share what I had learnt to present a high level overview on what VxRail is about.

Together the above form VXRail 4.5

What else do you get with VXRail?

You also get some other software bundled in:

It is worth noting the ESXi licenses are not included

You may also hear VxRack mentioned, this is the bigger brother to VxRail with the software defined storage provided by ScaleIO.  Networking using VMware NSX is also an option.

How many nodes do you need?

How do you manage VxRail?

The system is managed from two places.  You will be spending most of your time in the vSphere web console since all vSphere management is still performed from here. Also since the storage is being provided by vSAN this is also managed within vSphere.  The second tool you will need to become familiar with is VxRail Manager.

There is the option to create a new vCentre which will be housed within the hyper-converged infrastructure it’s self or to use an external vCentre.  The choice to use an internal or external vCentre can be set during the initial deployment wizard.

What is VxRail Manager?

The VxRail manager allows you to manage the hardware i.e. the servers in a VxRail deployment plus perform a number of other tasks including:

The following shows a number of screenshots from within VxRail Manager

What are the models?

You can see detailed specifications of all the models on the DellEMC site, this section just provides the major differences between the series

How do you add a node

You add a node using the VxRail Manager as shown in the screenshot below which is a non disruptive process. Hybrid and all flash models cannot be mixed plus the first three nodes in any cluster must be identical after this you can mix and match models . Although there is something to be said for maintaining consistency across the cluster so it is balanced and will probably make managing it easier in the future. The cluster can be scaled to a max of 64 nodes. 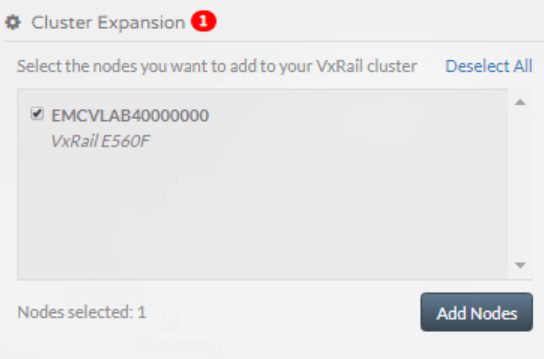 How do I take a node out for maintenance?

Since the data is stored inside each of the nodes there are some additional considerations when putting a node into maintenance versus using a traditional SAN.  When you do put a host into maintenance mode the default option is ensure accessibility it makes sure all data is available during maintenance, although redundancy may be reduced.

vSAN is VMware’s software defined storage solution, this means no specialist storage equipment is required and storage is provided by conglomerating the storage within each of the ESXi servers. Key concepts to understand

What is a VMware Metro Cluster?

A VMware Metro Cluster (vMSC) is also sometimes called a stretched cluster which gives more of a clue to it’s function, since it allows a single cluster to operate across geographically separate data centres. This ability to operate two locations as a single cluster gives significant benefits in terms of availability both for planned and unplanned outages.

How does a Metro Cluster Work?

A Metro Cluster allows VMs spread across data centres to act like they are in a single local cluster. In order to allow this functionality the VMs need access to the same storage at both sites, this is achieved with products like NetApp’s Metrocluster and HPE’s Peer Persistence products which enable a single view of the storage even though it is located in a multi site configuration,this is depicted in the diagram below.  Let’s dig into how this works.

Each LUN is replicated between both storage systems using synchronous replication, however only one LUN can be written to at a time, whilst the other remains in a read only mode. The writable LUN is presented out to the hosts via active paths, the read only LUN is effectively hidden by the paths to it being marked as standby. This is based on ALUA (Asymmetric Logical Unit Access), which was used in traditional storage systems like the EMC Clarion. ALUA was used to mark preferred optimized paths to the controllers owning a LUN and non optimized paths marked indicated indirect paths to the LUN. The non optimized standby paths would only become live if the primary path failed.

Below shows an example of the paths on a ESXi host  connected to a Metro Cluster, the live paths are shown as active but this can be switched over using the storage array management software so that the active and standby paths reverse.

What are the requirements FOR A STRETCHED CLUSTER?

In order to setup a VMware Metro Cluster the following is required:

What causes a failover?

Essentially contact needs to be lost with the storage array and replication needs to be stopped.

1 vMotion – This is the simplest test to move a VM between sites. Although a simple test vMotion has more requirements than HA and so will start to build confidence as we move through tests

3 Simulated storage failure – This test incurs risk since it is possible IO could be lost when the storage system is taken offline. Verify the specifics of a failover scenario with your storage vendor but for example with a 3PAR you will need to take the management network and Remote Copy network offline simultaneously.  Before you complete this disable auto failover of the LUNs you do not wish to be part of the test

4 Simulated site fail over – For this test you simulate a site failure by simulating a storage failure as above plus a host failure to get HA to kick in. Choose a VM to test and move this to a host by its self, power off other VMs in the environment put the hosts out of scope into maintenance mode.  Perform HA simulated failover as per https://kb.vmware.com/s/article/2056634. Again there is risk in this test, be selective about which VMs you choose to test

Remember tests 3 and 4 do incur risk, perform them at your at your own risk and only if the project requires it.

The dark side of Stretched clusters 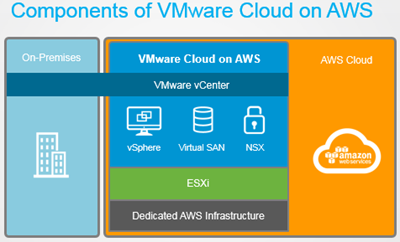