There are a bunch of performance and under the hood enhancements in 3PAR OS 3.3.1 which I wanted to take a deeper look at today, I have covered an overview of all the new features in a previous post.  Some of them are brand new features others are enhancements of old ones. Let’s look at each one in turn

Adaptive flash cache (AFC) – allows SSD’s to be used as an extension to the controllers onboard DRAM memory to accelerate reads.  Analysis of the 3PAR install base has demonstrated that there is regularly capacity free in the AFC and to maximise its benefit the cache should be as full as possible. In 3PAR OS 3.3.1 AFC remains for reads only but extends the type of requests allowed further to include: large sequential I/O >64K and data read from snapshots.  Having more data in cache will of course increase the chances of a hit, these new types of request take a back seat to those previously defined in AFC i.e. if AFC is full with small reads it will not flush these out to allow a large sequential read.

Express Writes – Express writes aims to deliver lower latency by delivering lower CPU interrupts per IO.  This is achieved by sending the data along with the command rather than waiting for the target to request it. Previously this was only available with FC protocol, this is now extended to iSCSI for the 8000 and 20,000 systems. This will be enabled automatically at upgrade and can result in up to 40% improvements in latency for iSCSI writes

Multi Queue – Is another option that will automatically be turned on and self-optimised in 3Par OS 3.3.1. Previously each SAS or FC port was locked to a processor core, this worked well if all ports were utilised but left cores idle if all ports were not fully utilised.  Multi-queue cores can be shared between ports allowing for greater utilisation 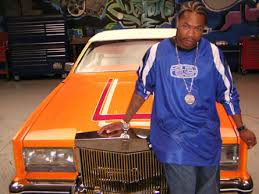 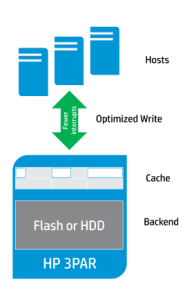 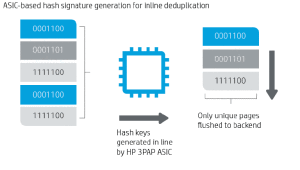