Veeam is offering 10 lucky people the chance to win free passes to VMworld.  The winners will get the chance to choose if they attend the US event in Vegas or the European event in Barcelona Spain. 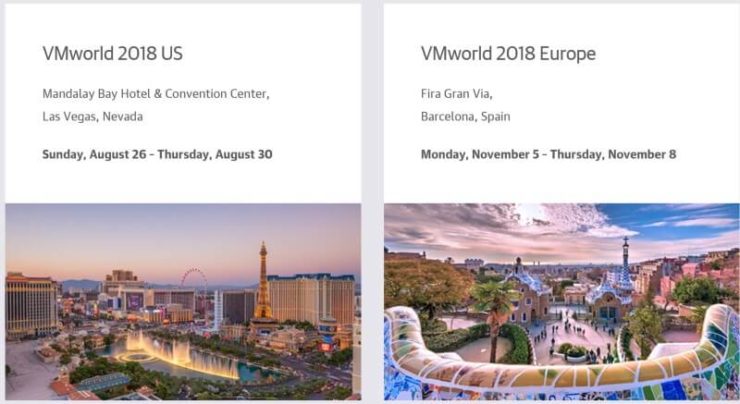 To be in with a shout you just need to register here.

Do you suffer from the VMworld envy? Are you sad, lonely,  jealous of your friends at VMworld? Do you spend hours wondering what you’re missing or glued to the VMworld Twitter stream?  Well worry no more friends, because VMware have the answer, beams. 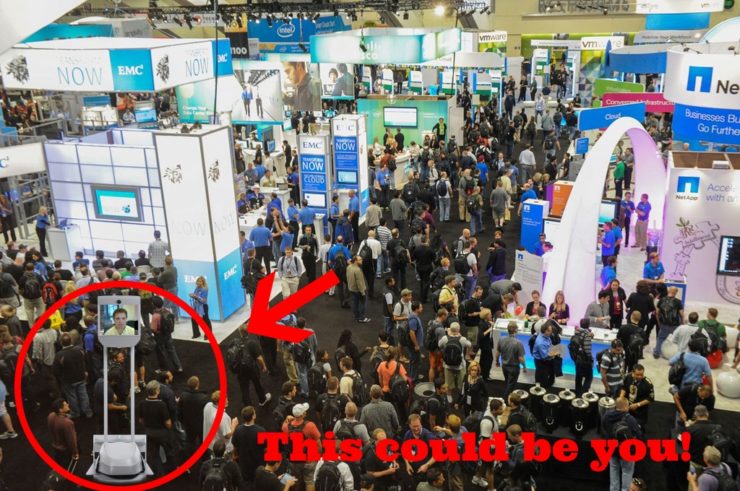 You will find beams especially interesting if you have a desire to be half man half robot. Beams are like video conferencing on the go . This mobile video conferencing unit (pictured above) allows you to go anywhere, see anything, interactive with anyone you want.  Beams of course also facilitate the ability to run over anyones feet you like, watch out Pat Gelsinger.

For those that are going to be in VMworld have an excellent time and please do tag me in any tweets or photos of 3PAR storage so they can be shared with everyone.

Finally everyone watch this space as I have a new blog / website starting soon which is something I’m very excited and passionate about so keep your eyes open for that one.

We first talked about VMware VVOLs in this post here . A further presentation was given at VMworld earlier in the week and the audio from this can be found in the HP Around the Storage Block blog post here. Today I wanted to talk about what VVOLs are and how they may change the way we work in the future.

VVOLs are essentially about closer co-operation between storage and the VMware hypervisor level. This is enabled through The VASA provider which allows the hypervisor to talk directly to the storage and vice versa.

To get a better understanding of what VVOLs are all about let’s take a look at how we do things now and how this is likely to change when we are using VVOLs.

Traditional VMware datastore management has been about pooled resources, you create your backend Virtual Volume on your 3Par and then format this as A VMFS datastore in VMware. The major drawback to this approach is the lack of granularity, you have to create datastores that meet broad performance and capacity requirements and then pool your VM’s inside them.

Where VVOLs change all this is that a separate Virtual Volume is created on the 3Par array each time you create a new VM disk in Vsphere i.e. there is a one to mapping between 3Par Virtual Volumes and VM disks. This means each VM disk can be set with unique requirements which will be met by the storage array such as performance, capacity and availability. Since each disk is a separate VV (Virtual Volume) performance monitoring and housekeeping also becomes easier.

Snapshots in VMware have traditionally worked by creating a secondary delta disk on the datastore level. The challenge here was a potential performance impact and if left unmanaged the snapshot could grow and eventually consume all the space on the datastore. With VVOLs since each VM disk is a separate VV on the 3Par the snapshots are taken at the array level, offloading the work from the hypervisor and allowing the snapshots to be stored at a different tier to production data.

Currently when QOS rules are applied at a datastore level all VMs within that datastore are affected. As VVOLs give us one VV per VM disk we can apply QOS rules at a much more granular level.

With multiple VM’s residing on a single VV troubleshooting performance issues from VM’s can be a challenge. VVOLs will simplify this allowing the performance of each individual VV to be traced plus new VMware specific command line options are planned. See below the new showvvolvm command which shows the VV’s associated with each VM. The screenshot is from the original HP presentation available here .

Interestingly the 3Par has been used as VMware’s FC reference platform and so will have been through hours of extensive testing, possibly giving it the edge over the completion.

VVOLs are expected in Vsphere 6.0 for which there is no current release date.