For those that couldn’t make it to Discover I wanted to give a quick overview of the storage keynote which was presented by newish SVP of HPE Storage Manish Goel.

As expected there was no killer 3PAR announcements made during the keynote, the additions to the product were as announced prior to the show. There was also no major announcements from the rest of the product lines. The theme of the presentation was HPE storage as a complete portfolio of storage solutions. This fitted in with the theme of Discover and the obvious direction of HPE not as a products seller but as a solutions provider. The graphic below was used to show HPE Storage with a portfolio of products with which the majority of an organisations storage needs could be covered. The storage trends identified formed the structure for the presentation with each area from all flash to composable infrastructure being covered in turn.

Flash is a rapidly expanding area of the storage market and HPE is aiming to make all flash the default choice by offering systems that are fast, affordable and enterprise class. Manish described 3PAR as the only device on the market that can deliver in the areas of performance, cost and true enterprise class features. All flash systems has grown from being 17% of 3PAR revenue to 39%. Year on year growth for all flash sales according to IDC was 551%.

Changes in the primary storage infrastructure force change in the means by which you must protect that data. StoreOnce catalyst was touted as adapting to this challenge by allowing direct SAN backup, producing speeds of up to 17 times faster than traditional backups. Data protection was likened to broccoli something which alot of people don’t like but is good for us and necessary. StoreOnce is designed to reduce complexity and enhance speed around backup and recovery. It was not covered in the keynote, but a number of new models were announced in the StoreOnce range.

The drive to a digitised world and developments such as IoT creates the challenge of storing massive amounts of data never seen before and so requires a different approach. Object storage was suggested as key to managing these massive data sets. Manish was joined on stage by Scality CEO Jerome Lecat to discuss the partnership between HPE and Scality. When asked Jérôme said the key features of their product were that it was enterprise ready, supported rolling upgrades requiring no down time and feature data durability ensuring data will never be lost.

The software defined section focused on HPE’s ConvergedSystem line and StoreVirtual VSA. Slides were shown displaying this is a very fast growing market with +100% growth in the past year. The focus was on how HPE’s portfolio was a good fit for Gartner’s hyper-converged buyer’s guide criteria which is shown below.  Capabilities highlighted included, that the ConvergedSystem can be up and running in 15 minutes, was 45% lower cost than Nutanix, plus the StoreVirtual VSA can be used with any hardware /hypervisor 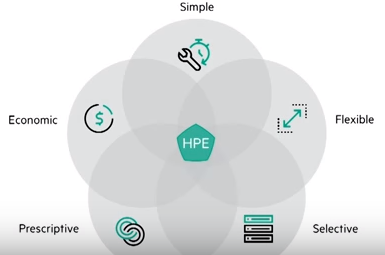 Composable Infrastructure was touched on as the future of infrastructure. You can read my full coverage of it in a previous blog post. To see the full keynote for yourself take a look at this video.

3PAR has long been the darling of the HPE storage portfolio and is reaping the benefits in terms of growth, market position and achievements such as the SPC-2 benchmark. Moving forwards as a solutions provider it seems likely other elements of the portfolio will be emphasised to bring a more level and harmonious offering to market.

To stay in touch with more HPE Storage news and tips connect with me on LinkedIn and Twitter. 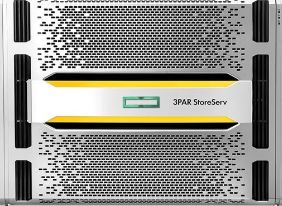